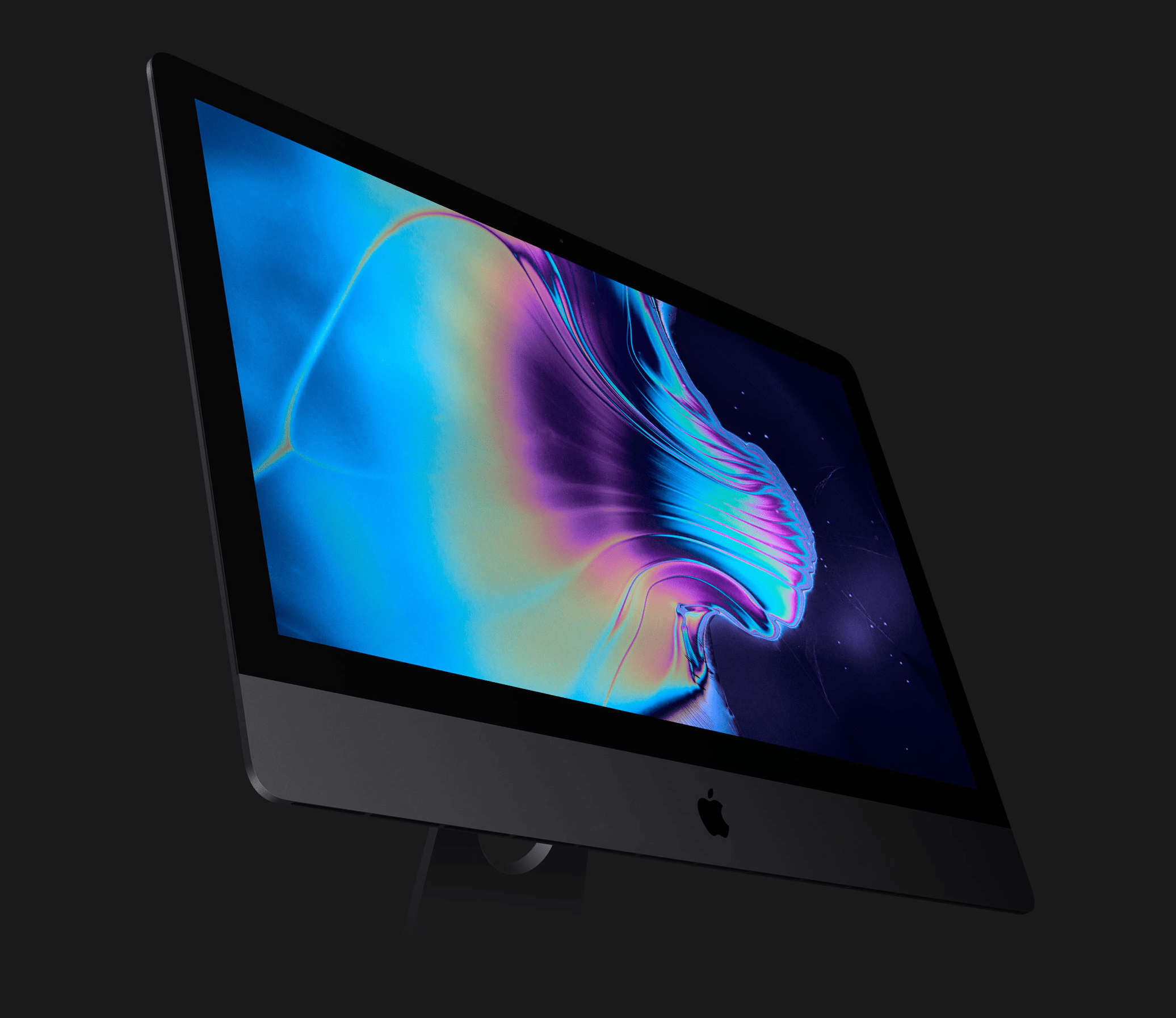 Apple’s eagerly awaited developer conference is here, and it hasn’t disappointed. Tim Cook and company brought plenty of announcements along with them, ranging from updates to the App Store all the way through to introducing new hardware. Read on to find out more about what Apple will be bringing to the technology table over the next half a year. 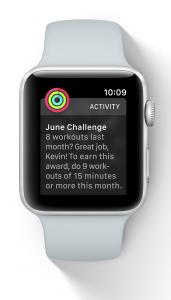 Apple’s watch operating system is getting an update. watchOS 4 makes the Apple Watch more intuitive and proactive, but it doesn’t mark a huge change to the current operating system. The four features that have been focused on are activity monitoring, workouts, music, and the device’s capabilities as an all-day assistant.

With regard to activity, watchOS 4 personalises its progress updates. Rather than simply showing how much the activity rings have been filled, it provides inspiring titbits of information, such as how close a user is to reaching a streak, or which achievements are getting closer. It also sends an evening update that will inspire a user to reach their goals by the end of the day. The Watch can also analyse a previous month’s accomplishments, and push users to do a little better than before. The final activity feature involves full-screen effects whenever a target is met.

New workout features range from being able to quick start any activity, through to high intensity interval training. Calories can be more accurately tracked during cardio exercises. The Watch is able to track swimming more effectively also. A nifty new feature allows the Apple Watch to pair with compatible gym equipment, which further improves the device’s effectiveness.

There hasn’t been much change in the Watch’s music capabilities, though the device can now sync automatically with Apple Music’s playlists.

Other features include several new watch faces (including a Siri watch face), person to person payments through Apple Pay, and a news app. There is also Bluetooth support for more accessories, which will be useful for certain app developers looking to take advantage of this.

watchOS 4 will be released in the Autumn. A specific date has yet to be released.

Apple has stated that macOS High Sierra, the latest incarnation of the company’s Mac operating system, refines existing apps and features while introducing new technologies. A new file system, better file compression and boosted graphics performance are just a few such technologies that will be introduced when macOS High Sierra is released this Autumn.

With virtual reality becoming more and more of an accessible medium, it’s unsurprising that Apple have taken this into account when developing High Sierra. The operating system allows developers the chance to create VR experiences.

Favourites such as Photos, Safari and Mail are all getting updates too, resulting in a better and more streamlined experience for seasoned Apple users. High Sierra is set to raise the bar even higher upon its release, not least when paired with Apple’s new flagship desktop, the iMac Pro.

Apple boldly claim that iOS is the world’s most advanced mobile operating system, and the introduction of iOS 11 looks to consolidate that claim. With AR capabilities and new apps, it certainly serves to be an intriguing update to an operating system that has grown and adapted over the past decade. 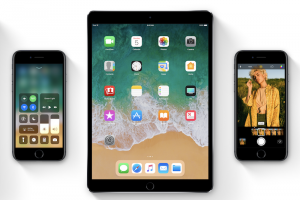 With the announcement of the new iPad Pro, it’s unsurprising that a lot of iOS’s features have the device in mind. New keyboard capabilities make it easier than ever before to type lesser used characters, while Apple Pencil is given even more functionality.

Apple Pay is also getting an upgrade. Rather than simply acting as a means of contactless or web payment, it now enables users to send money from person to person via Messages. When the money is received, it is stored securely in Apple Pay Cash, and from there can be used on apps or contactless transactions, or even transferred into a user’s bank account.

Apple’s virtual assistant, Siri, is also getting some welcome new features, the principal of which is translation. Users can simply ask how to say a phrase in French, German, Spanish, Italian or Chinese, and Siri will translate.

Other nifty features include AirPlay 2, which allows a user to control compatible sound systems throughout their house, and a Do Not Disturb feature that activates while driving. Maps, News, the Lock screen, Control Center and the keyboard have all been renovated also.

iOS 11 will be coming to compatible devices in the Autumn of this year.

This year’s WWDC has brought forward some exciting new advances in Mac hardware. While the iMac, MacBook Pro and MacBook have all received welcome updates that improve performance and, in the case of the iMac, more powerful graphics and an even better Retina display. 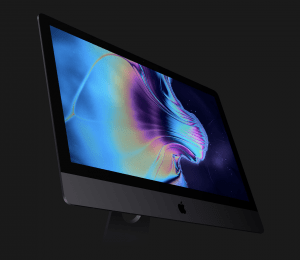 The most important announcement for Mac hardware comes in the form of the iMac Pro. Decorated in a sleek and stylish space grey colour, the iMac Pro looks instantly different from its counterparts, even though it retains the exact same exterior design in all other aspects.

A workstation for professionals, the tech specs of the iMac Pro are nothing if not impressive. It boasts a whopping 18 core processor capable of achieving 4.5GHz, allowing it to swiftly handle pretty much anything, from compiling apps to rendering and editing 4K video. The workstation is also debuting a brand-new graphics chip, the Radeon Pro Vega. It is more than three time faster than any other iMac GPU. The iMac Pro can hold up to 128GB of memory, and 4TB of all-flash storage. Adorned with phenomenal speakers and the ever-inspiring Retina 5K display, this is a truly incredible desktop.

The iMac Pro will be available in December of this year. The current price in the US stands at $4999. A price in pound sterling has yet to be announced.

Apple is keen to keep on pushing the iPad forward as a viable portable workstation. The new iPad Pro features a generous amount of power, a redesigned Retina display, and is complemented by iOS 11. 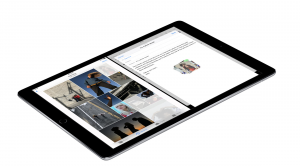 The display is larger in the new iPad Pro, coming in at 12.9 inches. It also boasts a 120Hz refresh rate, making the device more responsive and smooth. As is to be expected, Apple have made the device brighter than ever before, clocking an impressive 600nits.

Perhaps the most important feature of the iPad Pro is its A10X Fusion chip, an impressive component that provides enough power for users to edit 4k videos and render 3D models on the device. Even while wielding such awesome power, the iPad Pro’s battery still can last for up to 10 hours.

The Apple Pencil complements the device perfectly, allowing users to scribble down important notes, or edit photos in new and innovative ways. It even allows for an individual to sign a contract by taking a simple picture, before writing directly onto the image with the Pencil.

There are plenty of features to get excited about, and as a portable device, the iPad Pro does offer a great deal. Whether it can be used as a viable replacement to a laptop remains to be seen, though it certainly is becoming an attractive option for those looking at buying portable hardware.

The iPad Pro is available now from £619.

The App Store has been redesigned. The new aesthetic provides several new ways to discover new and existing apps, which will benefit not only users but developers too. 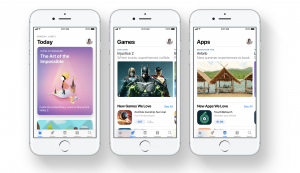 Games and Apps) each contain vibrant and engaging content that will draw the attentions of those scrolling through. The Today tab is especially important, as it presents key app picks that change daily, giving devs more of a chance to show off their latest and greatest.

The app product page has also been rejuvenated, and contains easy to spot information and more in the way of space for videos and images. Ratings and reviews are also much more accessible, and when a developer answers question, everyone can see their response.

The redesigned App Store will launch in Autumn of this year.

Perhaps the biggest announcement of the event, insofar as brand new hardware is concerned, came in the form of HomePod. Apple’s contender in the home assistant market is a little different to its competitors, focusing on sound quality and music over all else. 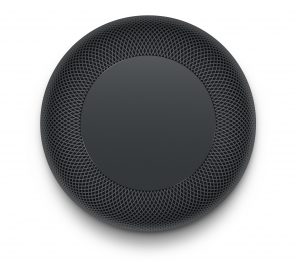 The device, standing at 6.8 inches tall and 5.6 inches wide, features an assortment of audio technology that Apple claim will provide the highest-fidelity sound, no matter where it is placed within a room. The compact speaker’s brain comes in the form of Apple’s A8 chip, and it is controlled through vocal interaction with Siri. The HomePod can even hear instructions while it is playing music, enabling users to pause, skip or repeat the song that is playing.

Thanks to the powerful little A8 chip, the HomePod’s intelligence is remarkable. The device can sense where it is within a room, and thus utilises its seven-tweeter array and high-excursion woofer in a way that maximises sound quality within the space it’s occupying. It can even detect when another HomePod is present, allowing the two devices to work in unison.

While sound is Apple’s focus with the HomePod, they have not neglected to add other features that have proven popular with users of other smart speakers, such as Google Home and the Amazon Echo. The HomePod provides definitions, news, driving conditions and weather, along with a plethora of additional information.

The device will be released in December 2017, and will be available for $350. A price in pound sterling has yet to be announced.

All in all, it has been quite the exciting WWDC. Plenty of changes, as well as additions, to Apple’s line-up will keep diehard fans happy while appealing to new audiences. Apple are, however, still comfortably entrenched in their more premium market. While many of the new products look to be noteworthy, they all carry a rather hefty price tag. With Google reaching out to the more affordable markets with the introduction of software such as Android Go, only time will tell if Apple decides to go against its rivals in the budget market. One thing is for certain, however; Apple is keen to keep on innovating.