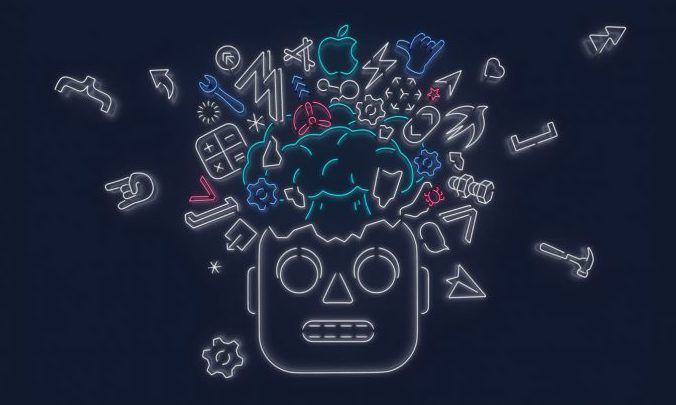 WWDC 2019 is upon us already. Apple’s ever-popular developer conference kicked off with a number of key announcements. From a $6000 Mac to the dissolution of iTunes, there are plenty of jaw dropping moments to digest. Let’s take a wander through the juiciest morsels of news.

While it may be unlucky for some, the thirteenth iteration of iOS should be arriving mid-September. Perhaps the most popular new feature is the introduction of dark mode. While this may be a simple addition, it’s one that has many people excited.

iOS 13 will feature a whole host of new features, including Xbox One and PS4 controller support, a more natural-sounding Siri voice, refinements to Portrait Mode, QuickPath keyboard and more.

A major addition to iOS 13 is Sign In With Apple. The tech giant is taking on rivals Google and Facebook directly by offering its own SSO wherever a third party solution is presented. It’ll be a sign-on option that we will be keeping a close eye on here at The Distance, look out for a blog post in the coming weeks.

In a move that many predicted, the iPad will be getting its own operating system. While iOS 13 will be coming to the iPhone range, the iPad range will host iPadOS.

Apple is pushing the iPad user experience in a different direction, and it makes sense. The devices lend themselves to a different use case. One of the most obvious assets that iPadOS can seize is making use of the sheer amount of screen space on offer. Split View allows users to view two windows of the same app at the same time, or even two completely different app. Slide View allows a user to slide in an app over the top of whatever is presently on-screen – great for checking emails or message apps.

Perhaps one of the best capabilities brought forth by iPadOS is external storage support. The days of pondering whether you need to spend more of your hard earned cash on additional gigabytes will soon be behind you. Apple’s Files app will be utilised in reading any connected SD cards or USB sticks.

Another as-yet unconfirmed feature of iPadOS 13 is mouse support. If this rumour is true, it will be a monumental move by Apple, and will certainly close the gap between tablet and laptop.

After gracing us for 18 years, iTunes as we know it is finally meeting its end. Like a phoenix, however, it is being reborn. From the ashes rise not one, not two, but three new apps, namely Apple Music, Apple TV and Apple Podcasts.

Scaremongering will have you believe that your purchases will be vanishing into the ether, but this isn’t true. Any music purchased will be found in Apple Music, and likewise with television shows and Apple TV.  Syncing will now take place in Finder, rather than iTunes. The one place that iTunes will not disappear is on Windows – there it will remain the same as ever.

In a software-heavy event, the announcement of the new Mac Pro and its Pro Display counterpart was quite the contrast. The machine itself is built for the highest level of performance, with a whopping 28 cores, Apple Afterburner, 1.5TB capacity memory and the ‘world’s most powerful graphics architecture’.

The Pro Display XDR is a 32-inch Retina 6K display. It features a whopping top brightness of 1600 nits and a one million to one contrast ratio. The monitor has clearly been designed for use with the Mac Pro, and the two make quite an impressive couple.

The specs may be breathtaking, but the pricepoint is even more so. An entry level Mac Pro will set you back $5999, while the Pro Display XDR is a slightly less expensive $4999. Both will be available in the Autumn.

The newest iteration of WatchOS will allow the Apple Watch to become more independent. One of its key new features is the ability to access the Watch App Store directly from the Watch itself. Developers are now able to build Watch-specific apps without the need to have an accompanying app on an iPhone.

WatchOS 6 also pushes further into health and fitness. Women can now track important information pertaining to their menstrual cycles with Cycle Tracking. This will also be featured in Health on the iPhone.

Activity trends will analyse a user’s activity over the previous 90 days and will provide valuable statistics to help keep you on track.

In addition to the highlights above, Apple introduced a number of new development technologies that are created to make app creation even more swift (pardon the pun…). One such example is SwiftUI, a framework that will simplify the construction of user interfaces. ARKit 3 is an update to the existing ARKit, which will further broaden the reach of augmented reality horizons.

Additional developer features come in the form of PencilKit, SiriKit and MapKit. The names may be fairly self explanatory, but they will each add additional support and functionality for developers that are looking to take advantage of the Apple Pencil, Siri and Apple Maps.