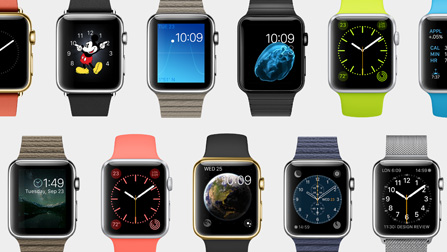 Here goes, I’m a bit of an Apple Fanboy, and I have been since 2006. The thing is I’m still using an iPhone 4, and its not because I’m a tight Yorkshire man (even though I am), it’s because I haven’t seen a phone since that has justified me upgrading. I have even been considering Android of late, but was waiting until 09.09.2014. Well the Jury’s out, I’m staying with Apple. Read on to learn more…

So at Apple’s 9th September 2014 event (or #AppleLive for those who followed on Twitter) two major product announcements were made: the new iPhone family (iPhone 6 and iPhone 6 Plus), and the new Apple Watch.

iPHONE 6 AND iPHONE 6 PLUS

The iPhone 6 and 6 Plus look like many of the images and videos that you may have seen leaked in the run up to the event.  The iPhone 6 will have a 4.7 inch screen and 6.9mm thickness, whilst the iPhone 6 Plus will have a 5.5 inch screen and 7.1mm thickness. That means both versions will not only have larger screens than the iPhone 5s, but they will both be thinner too. Colour schemes remain the same (silver, gold and space grey) but storage options have changed, Apple is now offering a choice of 16, 64 and 128GB. The iPhone 6 and 6 Plus boast 64-bit chips with 2 billion transistors (that’s double that of the iPhone 5s), and will have equal or better battery life when compared to the 5s (the 6 Plus measuring significantly better on many metrics). 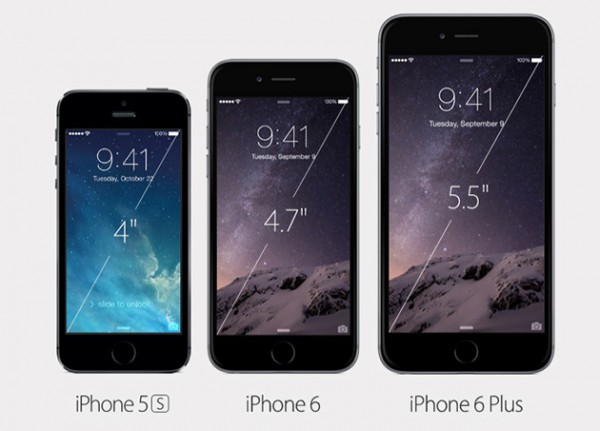 Now for what excites me about the iPhone 6 and 6 Plus (other than the larger screens of course). iPhone 6 and 6 Plus sport an M8 motion chip and built-in barometer, that work with the new Health app. You can now measure how many steps you climb each day, how far you walk, run and even how many times you stand up, and set yourself daily goals. The new Nike+ app is supposedly going to take advantage of these features.

Apple is working with mobile operators to make a seamless calling experience across WiFi, 4G and standard cellular networks.

The iPhone 6 and 6 Plus will have an 8 Megapixel iSight camera with rapid autofocus using ‘Focus Pixels’. They will allow for up to 43 Megapixel panoramas, and will have sapphire crystal lens covers for protection. The iPhone 6 Plus will also have optical image stabalisation. There is much more to cover for photo buffs, but I’m sure i wouldn’t do it justice so I’m moving onto video. The 6 and 6 Plus will allow for 1080p HD video recording (30 fps or 60 fps), incredible Slo-mo video (120 fps or now 240 fps), time-lapse videos, and will allow you to take still photos while recording video.

NFC payments are not a new technology, it has already been implemented on other smartphone devices with little success. I think the iPhone 6 and 6 Plus are going to change this with Apple Pay, as they have with other things so many times before. Apple have partnered up with many retailers in the US to really encourage usage and uptake (and its well documented that iPhone users make significantly more payments on and using their devices than other smartphone users). Apple have also stressed the security of using Apple Pay, card details are kept out of the cloud and stored locally on the device, transactions are verified using fingerprints, and if your phone gets stolen or you lose it then you can log into ‘Find My iPhone’ and stop payments from cards on the device or wipe the device completely. I’ve got to say I would really love to make my payments in this way, it looks more even easier than and definitely more secure than the contactless cards which i have started to use.

When can I get it and how much will it cost?

iPhone 5 models have now also been reduced as outlined below following the announcement: 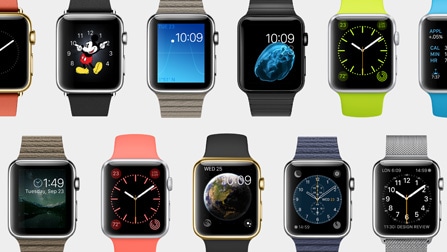 It was only the other day that I was saying to an Android loving colleague that I didn’t see the point in smart watches. How wrong was I, I just hadn’t seen Apple Watch!

Apple have really invested a lot of time, money and effort into getting the design of the Apple Watch right, and in my opinion they have pulled it off. It’s beautiful, it’s made smart watches make sense to me, and I want one.

When it comes to Apple Watch, there is so much to cover that i struggle to know where to start. I already said it’s beautiful, but beauty as is often said, is in the eye of the beholder. Apple understood this, and that the watch is statement about who we are, we wear our watches every day, so they went and made the Apple Watch incredibly customisable. According to Apple the Apple Watch provides over 2 million ways to view time! So other than different watch faces how do they do this? First off there will be two different sizes (38mm and 42mm), then there will be three collections, and then who knows how many straps. The collections are the Apple Watch collection, the Sport collection, and the Edition collection. The Apple Watch collection have either highly polished or space black stainless steel cases, and their displays are protected by sapphire crystal (the next hardest transparent material on earth after diamond). The Sport collection have lightweight anodised aluminium cases in either silver or space grey, and their displays are protected by strengthened Ion-X glass. The Edition collection features six luxury options, with 18-carat gold or rose gold cases that are twice as hard as standard gold, and with polished sapphire crystal display protection. Each collection also has its own choice of quality tailored straps in style with the watch body design.

I’ve told you how it looks, but what about how it works? Well first there is the new interface mechanism, the Digital Crown. Apple have taken the twisty thing we are all so used to on watches and given it a makeover, much like they did with the scroll wheel on the iPod they have come up with stunning interface to allow the wearer to scroll and zoom in and out without impairing visibility of the screen with chubby fingers like mine. The Digital Crown also acts as the home button, giving the user swift access to the home screen.

Apple Watch’s screen doesn’t just sense touch, but also force, which allows for increased navigation and input options. It sports a linear actuator what provides haptic feedback, and has Digital Touch, allowing the user to grab another watch wearers attention with a quick tap, send them a sketch or even share their heartbeat with a loved one. On the back of the device there are four sapphire lenses that detect the wearers pulse, and with the Apple Watch’s and the iPhone’s accelerometers, GPS and WiFi, a comprehensive picture of daily activity can be created and used to set goals and record achievements. Apple Watch also has inductive charging that connects and aligns seamlessly with magnets.

Apple Pay and other uses

Apple Watch can also be used with the iPhone and Apple Pay to make payments even more simple. A few other features include the ability to use Apple Watch as a remote for Apple TV and iTunes, as a remote display for your iPhone camera, to talk to Siri or to take quick calls.

When can I get it and how much will it cost?

Apple Watch will be released in early 2015, and we were told that prices would start at $349 in the US. In addition to being compatible with iPhone 6 and 6 Plus, Apple Watch will also be compatible with all iPhone 5 models. I am certainly saving up for one, unless of course someone would like to treat me, in which case I’d happy write a review… anyone?