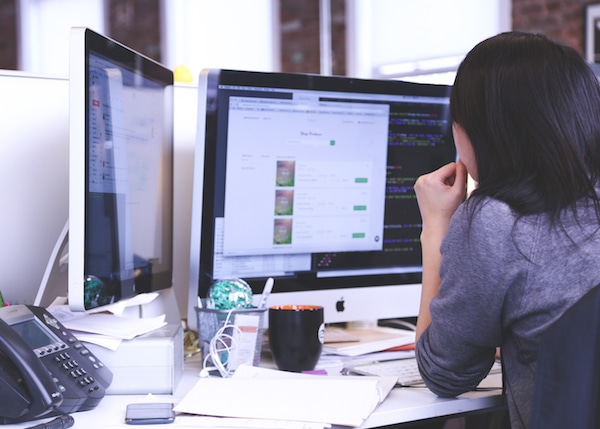 While Flutter’s existence has been no secret for the past two years, Google has kept any news on its development rather quiet. Flutter is a software developer kit that has been constructed for app developers. It’s greatest feature? The ability to craft apps for both Android and iOS. The concept of having a straightforward cross-platform mobile framework is the core principle that has fuelled Flutter’s development. Flutter intends to be easy to use, yet it does not compromise on what it offers as a result. It makes the world of app creation more accessible to new and aspiring developers and designers, while streamlining and simplifying the process for app dev aficionados.

One of the largest differences between Flutter and other SDKs is that it utilises Dart, a language originally built by Google, rather than other forms of code. According to the flutter.io site, this gives developers a large amount of control, while making the dev kit more approachable. A close relationship between the Flutter and Dart communities enables Dart to adapt in a way that benefits Flutter. The Dart team is able to make up for any shortcomings by simply developing further components to the language. If Flutter finds that it requires a function that Dart cannot offer, the Dart community is able to answer and resolve the issue.

Flutter does take a great deal of inspiration from React, having exceptionally similar architecture. But Flutter has a few key features that set it apart, the most important of which is its built-in UI widget library. Devs will no longer have to rely on third-party widgets, as Flutter ships with its own. Though most of Flutter’s engineers are from Google, it is an open source project. It’s still very much in its infancy, having yet to reach version 1.0, but developers are already using the Dart-based SDK to make a variety of apps. Flutter is especially suited to 2D apps, with plans for 3D support slated for the future. It even features its own widgets.

Why is Flutter important?

If Flutter is able to take off, it will no doubt be of great benefit to almost every app developer. The ease of use, and the ability to simply create cross platform apps, is something that could prove to be a game changer. Not only does it create flexibility, it provides a cheaper option. No longer will devs require different teams of varying specialisations to create the same app multiple times, simply one team will be able to do the job. An increase in productivity is always welcome.

Whether Flutter can replace other means of app development remains to be seen. It is still in alpha, and has yet to really make waves. Even Google seem to be keeping their distance from it for now, with their endorsement being kept quiet for the most part. Nonetheless, it’s worth keeping an eye on how Flutter progresses. The team here at The Distance certainly will be.