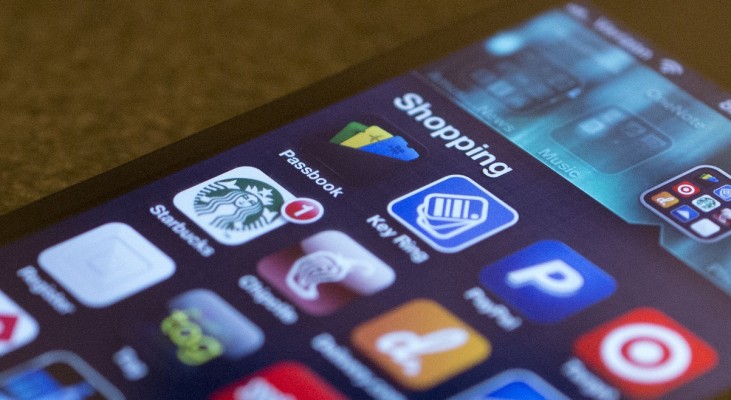 You may have heard Android Pay was released in the U.S. last week, following the Apple Pay announcement in October 2014. Android is simplifying the overly complicated Google Wallet app payment into a faster system built into the OS, as it looks to compete with Apple Pay. Google have announced they will roll out Android Pay in over one million locations across the U.S. with UK release pending.

With growing adoption of store and in-app purchasing with these systems, both Apple and Google are looking to capitalise on the dramatic increase in mobile commerce, and specifically in-app purchasing.

What are Apple Pay and Android Pay?

Apple Pay and Android Pay allow customers to pay at shops or in apps using a single touch.

For in store payments both systems work via Near Field Communications (NFC) much like contactless card payments. No longer must customers pull out their cards to pay; through Apple’s Passbook and Android’s Google Wallet apps people can link what cards they’d like to use with the NFC payment feature.

The NFC payment system is designed to be more secure than the current Google Wallet, contactless card, and regular swipe/chip card payments. A technology called ‘tokenisation’ has been developed when transferring card details between merchants and banks. The system trades numbers that represent the card number, instead of the actual card number itself; an improvement on the current system that can trade card details on networks up to three times per transaction. Although often safe, these merchant to bank networks have had recent security breaches where customer information has been stolen.

What is the difference between Apple Pay and Android Pay?

Apple Pay has had the upperhand here, especially from a marketing point of view. It was announced along with the iPhone 6 in September 2014 and has been running in the UK since July 2015; being compatible with the 5s model or later and on iOS 8.1 or later. Apple Pay uses Touch ID, fingerprint recognition allowing you to make store or in-app payments with one touch. The service does come with fees for UK banks adopting Apple Pay, “significantly less” than the 15c charge per $100 in the U.S. with the actual UK figure undisclosed.

Android Pay, only recently available in the U.S., is yet to be given a date for UK integration. Currently, Android users do have Google Wallet, an app that allows you to make NFC payments. Issues with Google Wallet are that purchases can only be made through an app, which slows the process down considerably. Android Pay will adopt tokenisation like Apple Pay, improving security, and new Android Marshmallow OS devices will have a similar fingerprint ID system available.

PayPal have been early adopters of m-commerce technology by providing merchants with an in-app payment system. Higher pricing and aging technology has led to new innovative development companies such as Stripe and Braintree gaining momentum. These companies provide an API that removes the need for countless customer information fields to be inputted, something that can be tedious on smartphones. By handling card payments directly from their platform, countless redirects are avoided, keeping the user in the app or on the mobile site.

With the incredible rise of mobile payments that looks to continue for the foreseeable future, it’s clear retailers must invest in new technology in order to stay ahead of competition.

The Distance develop retail apps and we provide an in-app purchase system that can be used with Stripe, PayPal, Apple Pay and Android Pay

Want to know more about our retail app development? Drop us a message below or email us