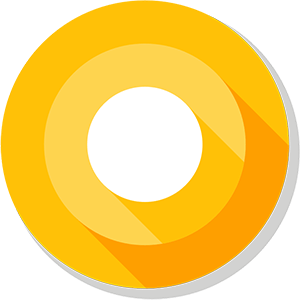 One thing that I/O proved this year is that Google is always on the Go. From new operating systems to advances in AI, the tech giant continues to make waves. Read on for a breakdown of the main highlights from Google I/O 2017.

Perhaps the most revolutionary announcement comes in the form of Android Go, a new platform that will bring Android to devices with low specifications and, by extension, low costs. Go will almost certainly allow the company to expand on its already huge 2 billion active devices.

Go will be released at the start of next year, and will enable smartphones that possess as little as 512MB to 1GB of RAM to run Android. Users will be able to access a number of Android apps while only paying a very small price for their smartphone, and the Play Store will indicate which apps are available. The apps that will be aimed at Android Go are likely to be less than 10MB in size, and will not rely heavily on an internet connection.

It would be easy to mistake this key announcement for Android Auto, but you’d be mistaken. Google have announced a fully integrated in-car Android system, showcased by the Audi Q8. Rather than relying on a mobile phone, as the case is with Android Auto, this new system does not require any external hardware and is itself a part of infotainment system. Users will even be able to utilise Google Assistant. The first cars to feature this system will be released in two years, and will be manufactured by Volvo and Audi.

Surprisingly, Google Assistant will be available for Apple’s iPhone. It will function in much the same way that it already does on Android, though it will now be a standalone app. With Allo and Duo released on iOS last year, more and more of Google’s products are shuffling over to its competitor.

As previously mentioned, Google Assistant will also be available as a part of the new integrated in-car Android system. This isn’t the only new place that Assistant will be appearing, however, as it is now also compatible with GE’s Geneva Home control system.

It’s clear to see that Google isn’t cowering away from competition, and is rising to meet the challenges posed by the likes of Apple’s Siri, and Amazon’s Alexa. With its presence now extending into cars, homes and phones, Google is becoming an increasingly more important part of everyday life for many people. 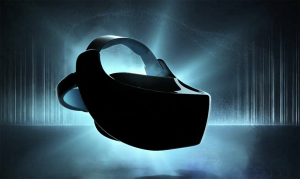 Daydream has been around for a little while now, allowing users to utilise their phones for use as a virtual reality headset. Google is keen to keep advancing its VR capabilities, and has announced that Daydream VR will be integrated into standalone headsets. No longer will phones be required. HTC and Lenovo will be creating the first of these headsets, with more partners to arrive in the future.

Having Daydream VR be a part of its own hardware will improve performance, and keep everything contained and optimised. The first headsets from HTC and Lenovo will be released before the end of 2017.

Google Home is under threat from the Amazon Echo, so it’s unsurprising that several new key features have been released for the platform. Of the additions that have been announced, hands-free calling is one of the most exciting; it will allow users to import contacts from their phones, and then simply ask Google if they want to ring someone. 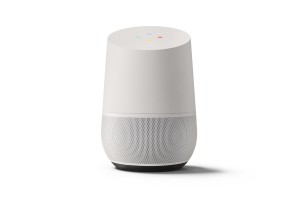 Another brand-new feature is Bluetooth synchronisation. Google Home will now be able to connect with other devices. While this is a welcome update, it is one that perhaps should have been available from the word go.

Other announcements come in the form of proactive assistance and visual responses. Proactive assistance allows Home to provide users with information before they even realise they need it. Home will announce anything from weather forecasts to delays on the typical work route. Visual responses allow Home to utilise phones, tablets and televisions in order to provide visual information. Google has yet to announce the date that these changes will go ahead.

Google Lens is a curious new technology that will take advantage of a smartphone’s camera. Depending on what the camera is pointing at, Google Lens can perform certain advanced actions, such as identifying a particular type of flower or recognising text and producing useful information. 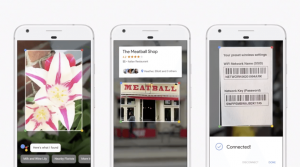 One awe-inspiring feature allows Google Lens to translate text that appears in the real world. If faced with a road sign or menu that is written in a foreign language, a user can simply use the camera and Lens will translate. Other features allow for Google Lens to identify and use Wi-Fi network names and passwords to log in to a network. This new tech will be released later in the year.

More light has been shed on Android’s next update, which still goes by the enigmatic moniker ‘Android O’. Individuals with a Pixel, Pixel C, Pixel XL, Nexus 6P or Nexus 5X are able to participate in the open beta of Android O, with the finished product due for release this summer. 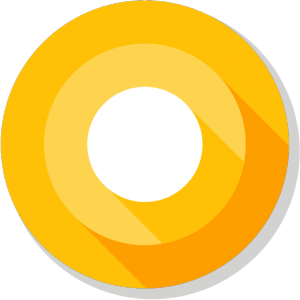 Google has also announced Project Treble, which will allegedly decrease the time that non-Google smartphone users must wait until they can access the latest and greatest in Android software. Treble will allow manufacturers to spend less time and expense on preparing their devices in the wake of changes to Android, and thus will prevent users from having to spend a long time in waiting.

Key features that have been confirmed for Android O include faster boot times, restricted background activities (which will preserve battery life), adaptive app icons (which are animated and respond to a user’s actions), an increase in audio performance and a new emoji style. More information will undoubtedly be released in the run up to Android O’s release this summer.

While there is a lot to be excited about, Google have kept some cards close to their chest at this year’s I/O. Most announcements came in the form of updates, rather than brand new hardware or software. Things to be on the lookout for in the coming months is the release of Android O, as well as any news on Google’s next Pixel smartphone.