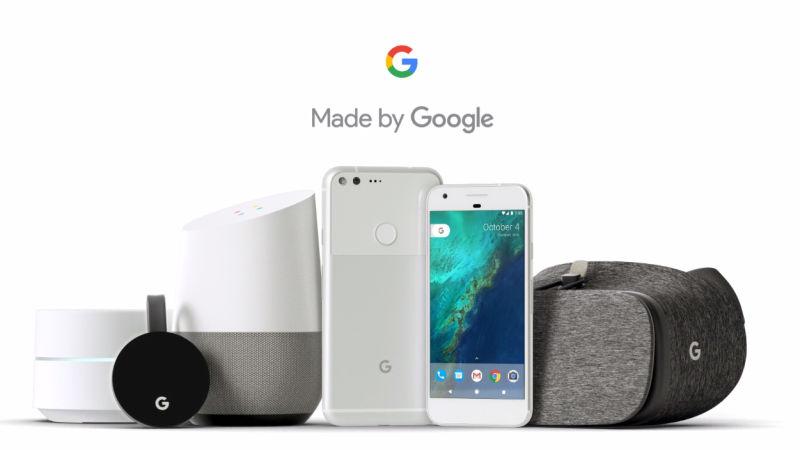 Made by Google Announcement

Google has recently launched a plethora of new products, and there is a lot to be excited about. From the new Pixel to wireless earphones that can translate foreign languages in real time, Google are quickly rising to face the likes of Apple and Samsung with innovative and impressive technology. Google has even plucked up some ‘courage’ like Apple by removing the headphone jack from the Pixel 2. Controversial. 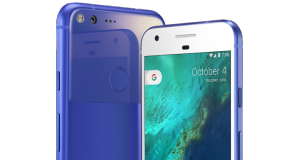 The Pixel 2’s boasts a 5-inch full HD OLED display, though it doesn’t cover the entirety of the phone’s front. Instead, it features front-facing speakers. The Pixel 2 XL features a 6-inch display. The phone’s fingerprint scanner (alleged to be the fastest on any smartphone) finds its home at the back of the device.

The design of the device is striking; it features a combination of glass and aluminium. The Pixel comes in three different colours; Just Black, Clearly White and Kinda Blue. The Pixel 2 XL loses the Kinda Blue, though there is the option of mixing black glass with white aluminium.

Both the Pixel 2 and the Pixel 2 XL are powered by an 8-core Snapdragon 835 processor, which can also be found in the Galaxy S8. The Pixel 2 has an advantage over rival Android phones as it utilises Android 8.0 Oreo right out of the box. The new OS is more efficient, and given that Google has designed both the phone and the OS, it’s safe to assume that the Pixel 2 will offer optimal performance.

It also takes advantage of a squeeze sensor that allows for swift access to the Google Assistant, which is yet another of the phone’s features. It also offers quick charging and a 2,700mAh battery. 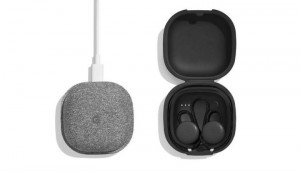 Given that the Pixel 2 has dispensed with the headphone jack, it stands to reason that Google has an alternative planned to conventional wired headphones. This alternative comes in the form of Pixel Buds.

Small and unassuming, the Pixel Buds are earbuds attached by a single length of cord that allows them to be worn around the neck. It also enables them to be adjusted to fit perfectly in your ear. They have a battery life of around five hours, and the case that houses them is able to recharge them up to four times.

To control Pixel Buds, a simple tap will play or pause music. A double tap will result in notifications being read out while swiping left or right on the right earbud will adjust volume.

Almost unsurprisingly, the Google Assistant makes yet another appearance as a feature of the Pixel Buds. Google’s virtual assistant’s influence is certainly spreading.

Pixel Buds will cost £159 and will be released in November of this year. 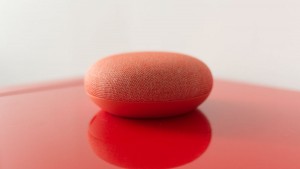 The Google Home Mini is a new palm-sized smart seeker with a surprisingly small price tag. The device is set to rival Amazon’s Echo Dot. As with most home assistants, you can speak to the device and ask it to perform a range of tasks, from adjusting the temperature to turning on lights (if you have the compatible technology).

The Google Home Mini will mainly be controlled through voice, though it does offer physical controls in the form of buttons, just as the original Home does. The audio the device offers isn’t strictly its selling point, as it isn’t quite the quality of more expensive options, though it will be adequate for casually listening to music and is optimised for voice. It does, of course, utilise the Google Assistant.

Like the Pixel 2, the Google Home Mini will be available on the 19th of October, though at an agreeable price of £49. It’ll even come to you for free if you want to buy a Pixel 2.

The key difference between the Max and other Home devices lies in the sound quality and volume. Boasting two 0.7-inch tweeters and two 4.5-inch high-excursion woofers, the device is twenty times as powerful as the original Home. It is also capable of adjusting output in order to optimise sound depending on the environment it is in, something that happens automatically and in seconds. It is available in two colours, namely Chalk and Charcoal.

Other ‘Made by Google’ devices

While the devices above are perhaps the ones to get most excited about, there were several others to take note of. Google has updated its Daydream View VR headset. While there have been small changes to the headset, there isn’t a whole lot to get excited about. The lenses have been improved, as has the comfort. Content can now be shown on a TV. The price has also increased, in line with these small tweaks, up £30 to £99. It’ll be available in a range of colours on the 17th October.

Google has also announced the Pixelbook, an elite laptop-come-tablet that boasts impressive hardware, but is restricted by the fact that it utilises the Chrome OS. Prices start from £999. It also has the Google Assistant built in, but that shouldn’t surprise anyone at this stage. The entry-level Pixelbook utilises an Intel i5 Y-series processor, has 8GB of RAM and 128GB of storage. It has a ten hour battery life, and a high resolution 2400×1600 pixel screen. To complement the Pixelbook is the Pixelbook Pen, a stylus that costs an extra £99. The Pixelbook will be released on the 1st November, less than a month away.

It appears that Google has bombarded the world with a wide range of exciting hardware, and the ‘Made by Google’ phrase can be used to describe more devices than ever before. Perhaps the most exciting feature, out of many exciting feature, is the real-time translation that the Pixel Buds offer. Let us hope that it can live up to the hype.