Taking off with a Jet Black

7th September saw Apple’s highly anticipated keynote event arrive in San Francisco. Tim Cook brought a variety of projects to the fore, from reminding us that iOS 10 is just around to corner, to revealing the iPhone 7 and Apple Watch Series 2. And there was even an introduction to Super Mario Run. While there are certainly things to get excited about, Apple has once again generated controversy through their originality. As rumoured, the iPhone 7 and 7 Plus will not feature a headphone jack, relying instead on the lightning port. Below highlights the key announcements featured at the event. 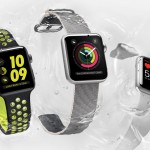 Apple can boast of its success in the smartwatch industry, and rightly so. It currently holds the number one spot in terms of sales. It’s even found itself at second place in watch sales, beaten only by Rolex. It comes as no surprise, then, that the next iteration of the Apple Watch has been announced.

The Series 2 utilises the second generation System in Package chip, that allows it to deliver more on the performance front. The dual-core processor makes the device up to 50% faster than its predecessor, and a new GPU doubles the quality of the graphics. This enables the device to feature more intensive apps. The display itself is much brighter, with Apple declaring that it is the brightest display across their devices. It also features in-built GPS.

Apple is keen to emphasise how the Watch is an excellent tool for keeping fit. While it is most easily seen as a tool for runners, the device has now been engineered to be a waterproof tool for swimmers too, and will be usable up to depths of 50 metres.

The Watch Series 2 will be available from 16th September, and can be pre-ordered now from £369. The case material comprises of either aluminium, stainless steel, or the newly announced ceramic. 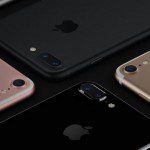 The next key announcement, as predicted, came in the form of the latest additions to the iPhone family. The iPhone 7 and 7 Plus are generally just improvements on the iPhone 6S, with increased performance across the board as a result of the A10 Fusion chip.

The new iPhones will run using iOS 10, which was announced at WWDC 2016. The update will be released on the 13th September for iPhones and iPads, alongside watchOS 3 for the Apple Watch.

The front and rear facing cameras have been improved, with the 7 Plus featuring a striking dual camera setup at the rear of the device. This enables users to take far more detailed, long distance speakers. It essentially provides a higher quality zoom.

The iPhone comes in a typical array of colours, including black, gold, silver and rose gold. The newest customisation option is named Jet Black. Emphasising on their designs to make the phone’s casing as unified as possible, Jet Black gives the effect that the screen does not end; it seamlessly joins with the rest of the device in a glossy black finish. Additionally, it is now water and dust resistant, and has longer battery life.

With regards to audio, the most obvious changes can be seen. The phone now features stereo speakers, featured at the top and bottom of the device. Not only does this allow for a stereo effect, the speakers are twice as loud as those on the iPhone 6S. The most striking change to the phone in its entirety is the removal of a headphone jack. Apple instead will rely upon wireless headphones or the lightning port. The iPhone will be shipped with a lighting adaptor; typical headphones, therefore, will not become obsolete.

The iPhone 7 and 7+ will be from the 16th September, and can be pre-ordered now. The range has increased in price from the previous generation with the iPhone 7’s price starting at £599, while the iPhone 7 Plus stands at £719. 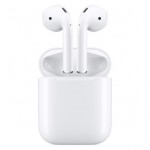 Following from the controversial omission of the headphone jack are the AirPods. With five hours of battery life per single charge, the AirPods are completely wireless earphones. The come with a case that acts as not only a place to keep them safe, but as a charger. The case itself holds enough charges for over twenty four hours of listening. Siri will even give an indication as to how much battery life the AirPods have left.

They connect automatically with all Apple devices belonging to a user, and can switch between them easily. They will be available in late October for the hefty price of £159, so it would be wise not to lose them.