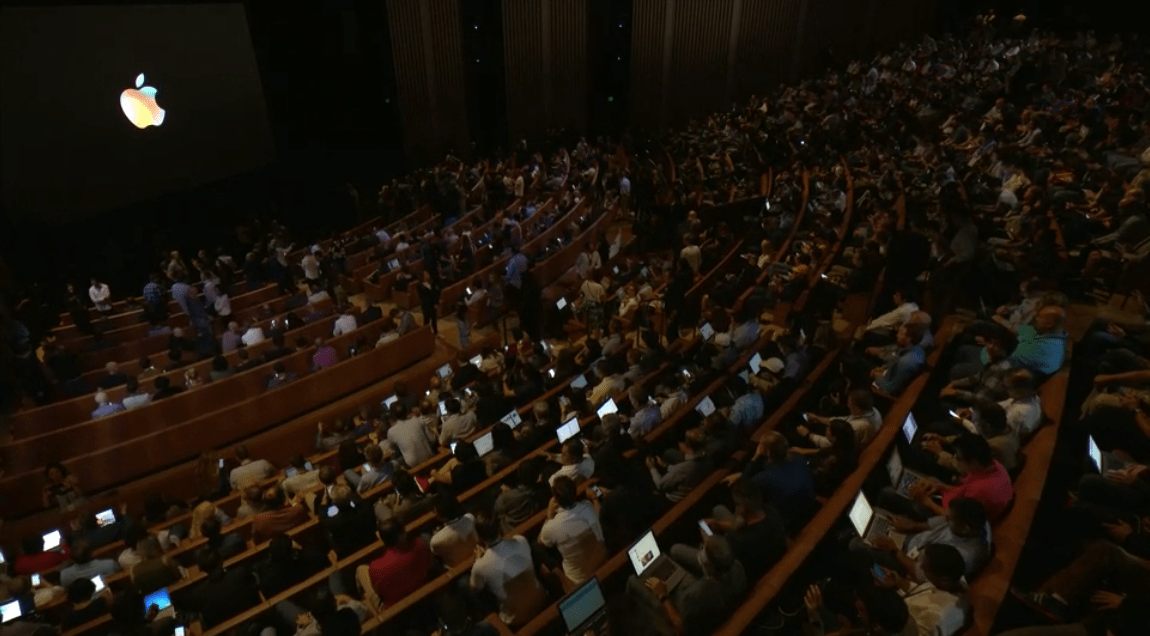 The long-awaited Apple Special Event finally arrived, bringing with it exciting news of new hardware and software. While the main announcement came in the form of the iPhone X (that’s the Roman numeral, so pronounce it ‘ten’), there is plenty more that Apple will be releasing in the coming months. 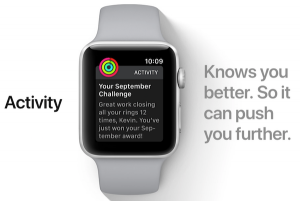 First announced back at Apple’s WWDC 2017 event in June, watchOS 4 is the new operating system for the highly successful Apple Watch. The newest iteration will feature a renewed emphasis on health and fitness, offering a fresh update of the fitness app, gym equipment sync and enchanced swim tracking amongst other features. The addition of high-intensity interval training will be a welcome one for many users, as well as the inclusion of a recovering heart rate monitor. But that is not all, as the enhanced heart rate monitoring technology is not only a nifty feature; it now has the potential to save lives.

The Apple Watch is now able to monitor not only an individual’s heart rate, but it will detect arrhythmia. If an individual is suffering from an irregular heart rate (something that can remain hidden), the updated software that comes as a part of watchOS 4 can alert a user. The watch will also give users a nudge when their heart rate becomes unusually elevated when not exercising.

watchOS 4 isn’t all about health and fitness, however, as the OS features a refreshed interface for its music app. When using Apple Music, users can stream over 40 million songs. Apple Music will also automatically sync playlists to the Apple Watch.

watchOS 4 will be released on the 19th of September. 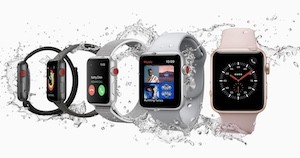 watchOS 4 isn’t the only update coming to the Apple Watch, as the new Series 3 has been announced, and it’s more independent and powerful than ever. It’s most impressive feature? Cellular.

A miniscule SIM card grants the Apple Watch Series 3 the ability to be a largely standalone product. Messages, phone calls, music and Siri (which can now speak) can all be used even when a phone is left behind. Impressively, Apple’s engineers have been able to pack even more processing power into the watch, along with cellular and GPS capabilities, without compromising the size of the device. It’s even available in a space grey ceramic.

Apple Watch is now the most popular watch brand in the world, beating Rolex to the top spot. Prices for the Series 3 with cellular as well as GPS begin from £399, while the price of the Series 1 has been adjusted to £249.

The Apple Watch Series 3 can be ordered from the 15th of September, and will become available on the 22nd.

Apple TV has received a welcome update; it now offers 4K HDR streaming. The Apple TV allows users to access content from a multitude of video services without having to dance from one app to another, all in brilliant 4K quality (if supported). Live sports are now on offer, too.

The Apple TV 4K harnesses the power of the A10X Fusion chip to give users access to phenomenal graphics and performance. Games are even available, with thatgamecompany’s Sky on offer. Other nifty features include AirPlay and HomeKit functionality. 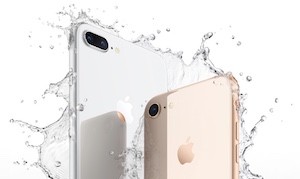 With a sleek new all-glass design and improvements across the board, the iPhone 8 is a purposeful and deliberate step up from the iPhone 7. While mentioning the word ‘glass’ inevitably conjures up ‘smash’, Apple are keen to assure potential users that this is the most durable glass ever used in the creation of a smartphone.

The iPhone 8 and 8 Plus feature a glass front and back, which is paired with an aerospace-grade aluminium band around the sides of the device. It is available in space grey, silver and gold. The smartphone doesn’t just look good from new, though, as dust and water resistance ensure its longevity.

A new feature to iPhone that presents itself as a part of the 8’s functions is wireless charging. Users can now utilise Qi wireless chargers or even 3rd party chargers that are Qi certified. Apple have even announced AirPower, a large wireless charger that can simultaneously charge an iPhone 8 or X, along with a Watch Series 3 and AirPods.

The iPhone 8 has a 4.7inch screen while the Plus jumps up to 5.5inches. Each screen boasts a Retina HD display, and features True Tone technology. Apple claim that True Tone can offer the best colour accuracy ever. The iPhone 8 also has dual-domain pixels, which ensures that viewing the screen of the phone from different angles doesn’t compromise the quality.

The camera on the iPhone 8 has also received an update, offering 12MP with a better sensor and colour filter that will improve picture quality. Portrait mode, when used on the 8 Plus, has also been refined to make selfies look ever more spectacular. Perhaps the best feature is portrait lighting, technology that allows the phone’s camera to generate convincing studio lighting effects.

The iPhone 8 is powered by the A11 Bionic chip. This little piece of technology offers four efficiency cores that are up to 70% faster than in the previous A10 Fusion chip, along with two performance cores that can be 25% faster. Battery life remains unchanged, time wise, though the phone will be working harder. Apple have also designed their own GPU, offering fantastic power for visual tasks.

One of the most exciting features of the iPhone 8 is its augmented reality capabilities. With AR being seen as the future of a great many apps, having a phone that can support it and utilise it effectively is crucial. 3D and AR games require a lot of power, and Apple designed the Metal 2 graphics software to allow developers to harness it and build console-style games.

The iPhone 8 comes with a minimum of 64GB, and prices begin from £699. The iPhone 8 Plus also has a minimum memory of 64GB, with prices starting from £799. As with the Apple Watch Series 3, pre-orders can be placed from the 15th of September, with the device becoming abailable on the 22nd.

And now for Apple’s flagship product, the iPhone X. Most people had heard about the device long before this event, though assumed that the X was a letter rather than a Roman numeral.

Apple have followed Samsung into using OLED, but claim that the iPhone X’s OLED screen is the first one that is suitable enough for iPhone (it utilises HDR). The display a 5.8inch Super Retina. Almost all of the front of the X is the device’s screen, aside from a small tab at the top that houses the TrueDepth camera that enables an alternative to Touch ID; Face ID.

Rather than pressing the home button to access the home screen, a user must simply look at the device and it will unlock using Face ID. When in an app, swipe up from the bottom, and again the home screen can be accessed. While this might not be a steep learning curve for existing iPhone users, it does seem like it may take a bit of getting used to. Face ID will also be used for Apple Pay.

Like the iPhone 8 Plus, the X offers a great set of cameras and grants users the ability to craft stunning photos and selfies. Wide angle and telephoto cameras allow X users to take advantage of optical zoom, while image stabilisation and fast lenses make it even easier to capture phenomenal photos. Another nifty feature that has been introduced as a result of Face ID technology is Animoji. 12 different emojis can be created using facial expressions.

The iPhone X holds a lot of similarities to the iPhone 8. Both devices use the previously mentioned A11 Bionic chip, and also use the same GPU. They also both support wireless charging. The X does have a better battery life, granting 2 hours longer than the iPhone 7.

The iPhone X comes in two different colours, silver and space grey, and prices begin at £999. Like the iPhone 8, 64GB is the minimum capacity. The device won’t be available until later in the year, with pre-orders starting on the 27th of October. The device will be released on the 3rd of November.

Like watchOS 4, iOS 11 was also announced at WWDC 2017. Plenty of new features were revealed at that event, including ARKit, Apple Pay working through iMessage, Siri translations and more. There are, however, further features coming to iOS 11 that have been announced at the Apple Special Event. Most are outlined above and are made to complement the iPhone X, such as FaceID technology and Animoji. Portrait lighting is also a new feature arriving with iOS 11. The OS update will be arriving on the 19th of September.

So there it is, plenty of new devices and software to keep Apple fans busy for the next year. With the HomePod also making its UK debut in the winter, there is a lot to be excited about. The most concerning thing for many potential users is the price of these products, however. The iPhone 8 costs more than the 7 did, while the iPhone X is the most expensive phone Apple has ever produced. Until rigorous comparison tests can be carried out, it will be difficult to say if they are worth the hefty price tag. What is exciting is Apple’s embrace of AR, and the company’s deliberate steps to give the technology a platform to operate within its hardware. 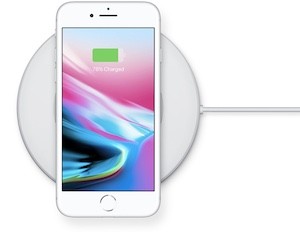