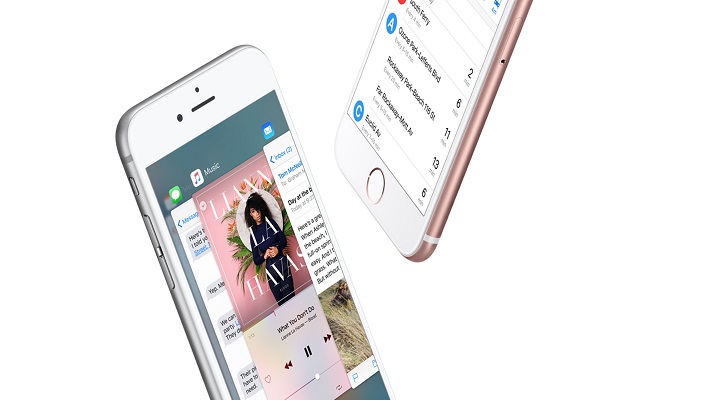 Apple made its big reveal of the iPhone 6s yesterday with 3D Touch and a greatly improved camera as some of its new features. The iPad Pro debuted with the Apple Pencil stylus and there was much hype around the new Apple TV and tvOS.

The Apple Event in San Francisco’s Bill Graham Auditorium was the location chosen to showcase the “monster announcement” with Tim Cook introducing the iPad pro as “the biggest thing in iPad since the iPad”. Change came from the inside with the iPhone 6s as it retained the familiar iPhone 6 design but presented new software and internal hardware features; the most visual difference being the new Rose Gold colour option.

iPhone 6s and 6s Plus
3D Touch is a new feature that some of you may be familiar with from MacBook and Apple Watch, designed to give an extra dimension to the iPhone experience. By sensing the amount of force applied from users, 3D Touch brings new menu options allowing you to ‘Peek’ and ‘Pop’ through apps. The device will run on the new A9 chip, 80% faster than the A8, and is joined by the M9 motion co-processor; all on the new iOS 9 platform.

A new 12 megapixel camera has been designed, meaning a 50% increase from its predecessor with improvements in focus, colour and background noise to justify the megapixel jump. A front facing flash enabled 5mp camera features on the 6s meaning greater quality for the beloved ‘selfie’ and FaceTime. A new software feature of the iPhone 6s will be Live Photos giving you the ability to capture 1.5 seconds of motion and audio either side of your photo, giving a more in the moment experience.

Once again Apple introduced the larger 6s Plus to the range, after last years success of its 5.5 inch ‘phablet’ model.

iPad Pro
The much discussed iPad Pro was unveiled, a larger and more capable iPad than any currently available and with Apple Pencil as a complementary product, despite Steve Job’s famous quote from the first iPhone release. The iPad Pro will boast a 12.9 inch screen and contains an A9X chip allowing it to run 1.8 times faster than the A8X. With the highest spec model at $999, the iPad pricing means it directly competes with laptops on the market.

With ‘a new level of precision’ coming from the Apple Pencil a whole new world of opportunity for making creative content on the iPad Pro.

Apple TV
The new Apple TV and tvOS were presented with a host of new hardware and software features for the audience to get excited about. Apple is looking to revolutionise the way we watch TV, with Tim Cook stating ‘We believe the future of TV is apps.’

A redesigned remote and new operating system are key new elements with a large focus of the event being on gaming. A demonstration on multiplayer gaming apps was shown that had similar features to the Nintendo Wii. Siri is heavily integrated into the new model, with voice command and voice search enhancing the tv/film experience.

App Development Future
The new releases caused much excitement in the office here, as well as in the broader app developer world and we’ll be discussing new opportunities and directions that iOS 9 and OStv give the industry. Our senior iOS developer Josh will be following this post with an in-depth look into the future of apps.

Will your apps be compatible with iOS 9? Contact us to find out.