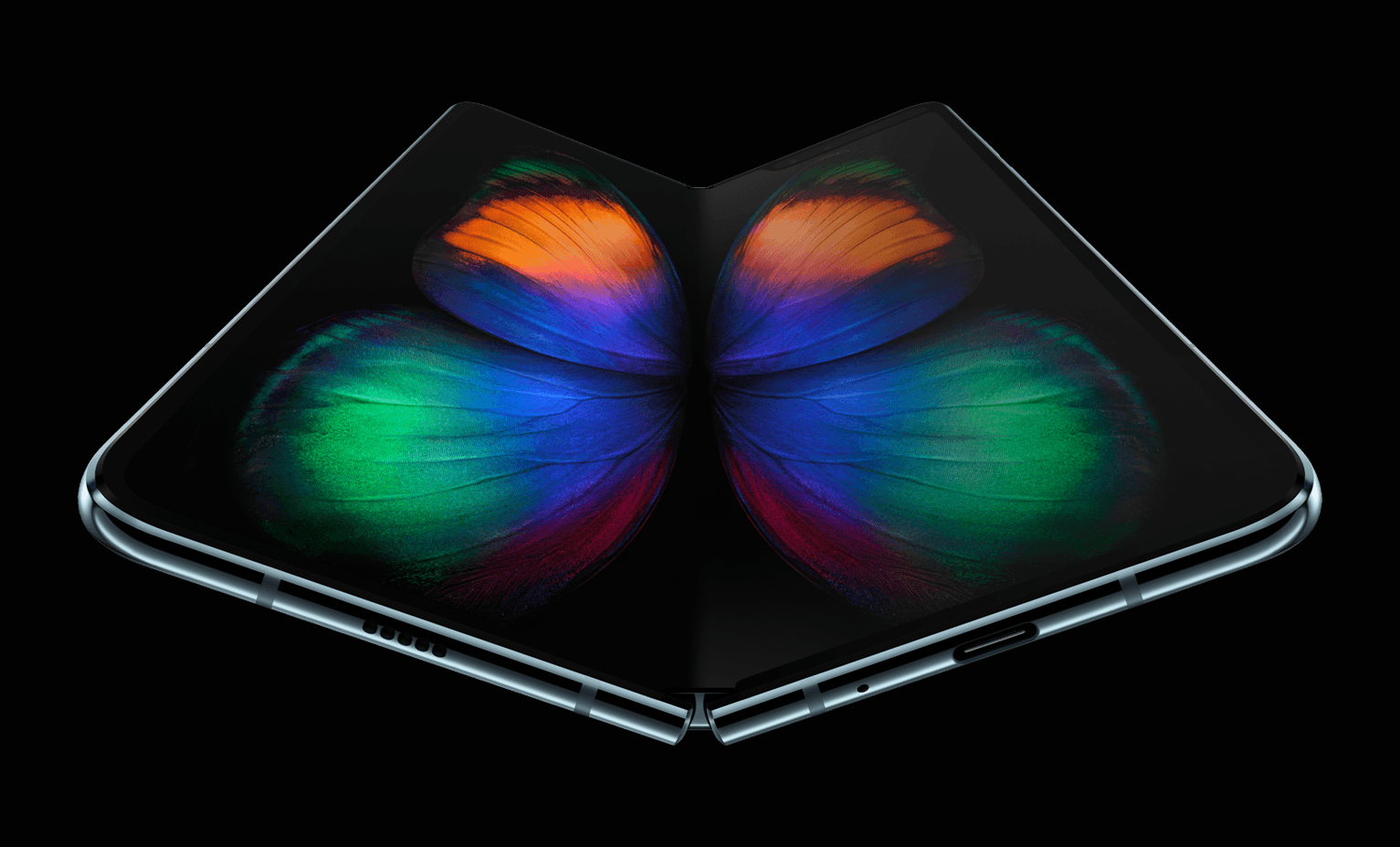 In a technological battle that draws parallels to the space race, (okay, perhaps that is a little over-dramatic,) Samsung has done the equivalent of placing a flag on the surface of the moon. The announcement of the Samsung Galaxy Fold confirms that folding phones are here to stay, though for how long is anybody’s guess. The success of the Galaxy Fold will be a key performance indicator for the device type as an entity, and will determine its longevity. It will soon become a benchmark against which all other folding phones will be judged.

The headlines will be shouting about how Samsung is the first company to release such a device, but that isn’t strictly true. While the Galaxy Fold will be remembered as the first folding phone brought to the masses, that title in actuality is bestowed upon Royole’s FlexPai. This device was launched on the 31st October, 2018, and was more widely available for review at CES 2019. By all accounts, though, Royole’s offering feels rather rushed. Perhaps the title of ‘first commercial folding phone’ was too alluring.

For some manufacturers, introducing a folding phone is too much of a risk, especially without the certainty that there are sufficient early adopters with the cash to spare. LG has formally declared that they are withdrawing from the folding phone race, as their priority is to regain their market position, which has buckled against outstanding competition from the likes of Apple, Samsung and rising-star Huawei.

LG aside, there are some exciting prospects on the horizon, though time will tell if they ever come to be.

The most solid offering to date, Samsung’s Unpacked event unveiled the Galaxy Fold. The screen folds in half, offering a 7.3inch screen when fully unfolded. A 4.6inch screen is also accessible when the device has been folded, for ease of access.

Hidden gears and a smooth hinge, coupled with software that detects which screen is in use, maintain a level of class and luxury not seen in Royole’s FlexPai. An innovative split battery is also featured. The device also boasts 12GB of ram and 512GB storage space, along with six cameras that work in each of the device’s states of unfolding.

The Galaxy fold will be released on the 26th April in the United States, with a later release of 3rd May in Europe. The price tag is a whopping $1,980.

Ever-popular Huawei submitted a variety of trademark applications for their entry in the foldable phone race: Mate Flex, Mate Flexi, Mate Fold and Mate F, with the former being generally accepted as the company’s likely choice.

Rather than folding to open like a book, as Samsung have adopted, the Mate Flex will allegedly have the full screen on the exterior of the device.

More specs are expected to be revealed at MWC 2019 this weekend. Huawei have claimed that they will be revealing the unprecedented. Time will tell.

If anything is true of the influx of folding phone entries, it is that no two devices are the same. Xiaomi’s offering has two folding points – one in the top quarter of the device when opened up as a tablet, and one in the bottom quarter.

The device was showcased in a small teaser video featuring Lin Bin, Xiaomi’s president and co-founder. In spite of this, it may take some time for Xiaomi to get the product on the market. There is a chance that additional details will be revealed at MWC 2019.

The Razr series reached lofty heights of popularity in the mid-noughties. If Motorola has anything to say about it, the range is going to make a comeback. Combining the classic flip-phone with innovative screen folding technology, the Razr will more than likely become a retro-style classic.

While specifications are not yet available, rumours are circulating on a price point of $1500 – a high end figure, to say the least.

Whether the average consumer can be tempted by a folding phone with a high price point or not, the technology entering the market now brings with it a new wave of innovation to an industry that has been stagnant for some time. Many tech companies are vying for power in the Android space, which puts an immense amount of pressure on Apple. While it has been made clear that Apple have filed patents for a folding phone design, the company has made very little noise.

Folding phones might prove to not be the answer to consumers’ needs, but the idea is disruptive. It has designers and engineers thinking outside the box again, something that the smartphone industry desperately needs.