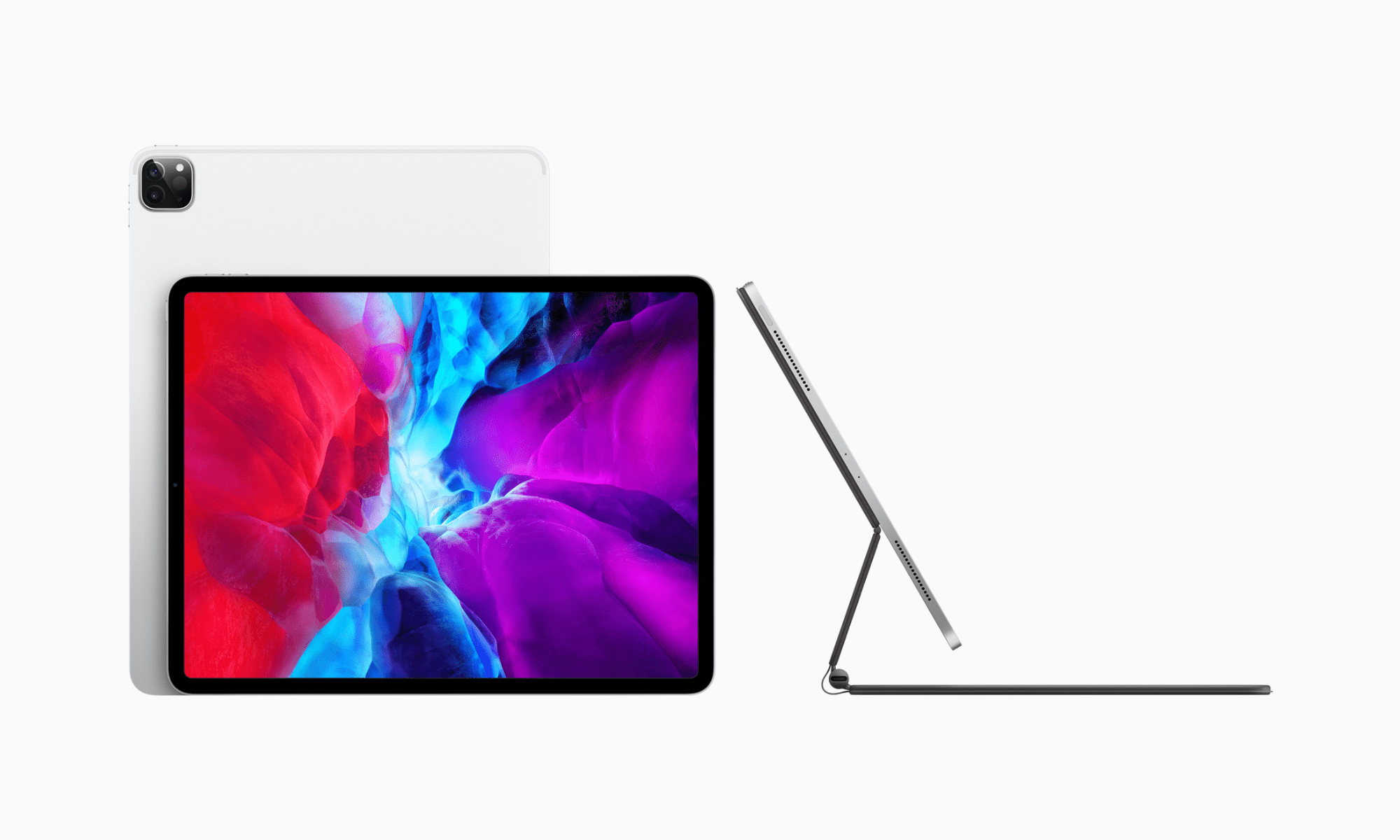 Apple recently announced several upgrades to their most popular hardware lines, including a new iPad Air and Mac mini. While it was unfortunate that Apple were unable to assemble the press in the Steve Jobs Theater to announce these new lines of products, there is some comfort to be found in the knowledge that they are still continuing to launch products in spite of the current global climate.

Perhaps chief amongst the new announcements is the arrival of the new iPad Pro. Releasing today, the new iPad Pro brings with it some significant new features along with general improvements. Read on to find out more!

As with its predecessor, the new iPad Pro is compatible with the second-generation Apple Pencil and a range of keyboards. A new entry into the compatibility mix is the trackpad – a significant step in making the iPad Pro feel more like a desktop computer.

An all-new Magic Keyboard is on the way, which will further boost the iPad Pro’s appeal. Featuring a cantilever design, the iPad Pro can be magnetically attached and adjusted to create an ideal setup. It also features a USB-C port, so you don’t have to worry about charging. The new Magic Keyboard will be launched in May of this year, for a rather hefty £299.

In addition to the Wide camera that the previous iPad Pro boasted, the newest variant comes with Ultra Wide too. While this is an excellent new feature, the most impressive boost to the iPad’s capabilities comes in the form of its LiDAR (Light Detection and Ranging) scanner. This advanced technology measures distance by analysing the time it takes light to be reflected. This opens up whole new realms of possibility for augmented reality – it will be exciting to see how app developers take advantage of this opportunity in the coming months.

The iPad Pro has received a few boosts in spec since the previous version. It boasts an A12Z Bionic chip, an upgrade on the former A12 Bionic. It also features LiDAR and an ultra-wide lens camera, in addition to being able to shoot 4K at 24, 30 or 60 FPS. Finally, the iPad Pro now features 802.11ax Wi-Fi 6.

The iPad Pro is released today, with the entry level 11-inch model’s price being chalked up at £769. For the top-of-the-range 12.9-inch with maximum storage, the price point is £1469.

What do you think to the new upgrades on the iPad Pro? It might not quite be the overhaul the device saw last time it was updated, but there are certainly some nifty improvements. Let us know by getting in touch.