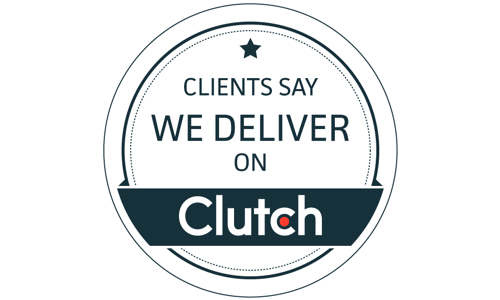 Mobile app downloads keep going up, with worldwide projections for 2019 reaching an all-time high of 88 billion Android app downloads and 30 billion iOS app downloads. If your business offers a service or a product, the need to reach potential customers through mobile has never been higher, and you can expect it to keep growing.

Customers who need Android or iOS development should consider an expert. The Distance has been rated one of the top app developers in the United Kingdom according to the verified reviews on Clutch, a B2B ratings and reviews platform. Thanks, Clutch!

We recently received a five-star review from Third Light, a digital media hosting company. We took its existing iOS app and redesigned and updated it, while also creating an Android version. 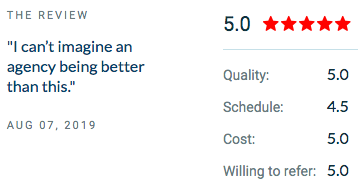 The app development success has helped Third Light with its marketing and sales efforts. We were praised for our customer service and flexibility.

“They told us they offer total satisfaction, and they felt that some of the usability questions I raised should have been caught in their design stage. They then made the changes for free, which improved our satisfaction with the product. This is a true mark of a good agency and one that has the resources and flexibility to do the right thing and not just move onto another project.” – Michael Wells, Founder and Managing Director, Third Light

We also worked with Zapper, a resale company, to design Android and iOS apps for scanning barcodes of items to trade in. 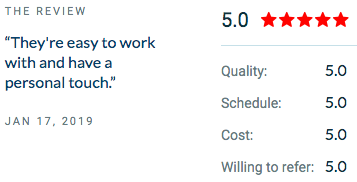 Zapper was happy with the way our engagement went, and they placed particular positive emphasis on our project management and customer service.

In addition to the enthusiastic praise we’ve received from our customers on Clutch, we’ve been ranked on The Manifest as one of the top 10 mobile app development companies in the Leeds-Bradford area of the United Kingdom. We’re also featured highly on Visual Objects, a visual design-focused resource, which lists us among the top mobile app development companies in the UK. Visual Objects offers representations of many of our projects, and interested users can see some of our best work. Following such praise we have also been ranked as Top Outsourcing Development Company and best custom software development company according to SDCR  and