Several key announcements generated a great deal of excitement at I/O. The introduction of Google’s conversational AI, along with how it will be integrated with other, brand new features was the first of many announcements. Perhaps the biggest change to come is the introduction of Android Instant Apps, which allows for swift and simple access of apps without requiring installation. Here’s a lowdown on the key features announced this year.

While Microsoft and Apple both have their conversational AIs in the form of Cortana and Siri, Google now has an answer: Google Assistant. With accurate speech recognition and translation capabilities, Google Assistant has an edge over its competitors. Not only does it allow for basic queries such as “what films are playing at the cinema?” but it can go one further; Google Assistant can process additional phrases such as “is it good?” and provide reviews along with screen listings. This dynamic encourages an ease of access to more detailed information, without having to ask too many questions. New competition from Google may well encourage Microsoft and Apple to improve their own conversational AIs.

The Assistant will be accessible across platforms, from phones and smartwatches to the newly announced Google Home and apps Allo and Duo.

Entering with the Google Assistant is Allo, a new messaging app. It integrates the Assistant with a messaging service, allowing any searches made by using Assistant to appear to all participants within the Allo chatroom. Restaurants can be found and booked with ease from within a single conversation.

Allo also features Smart Reply, which analyses conversation history and is able to suggest potential responses, be they in the form of text or emojis and stickers. The more Allo is used, the more Allo can learn about how to respond in the same style as the user. It is even capable of responding to images in the same way that a user would.

To allow for private conversations, Allo comes with an Incognito mode boasting end-to-end encryption, private notifications and message expiration. If the chat thread is closed down, then it is deleted, leaving no trace of its contents.

Allo will be available on Android and iOS, and is to be released in the summer. The exact date has yet to be revealed. 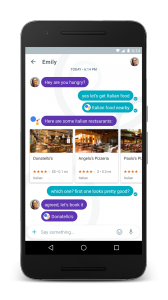 While it may have been more aptly named ‘Ello,’ the counterpart app to Allo is Duo. It is Google’s rendition of a video calling app, similar to Skype or Facetime, though it is designed to work in a variety of scenarios. It works on both Android and iOS, like Allo, but its main asset its optimisation; Duo performs well even over a slow connection. Audio and video quality can transition from high to low when required, ensuring that the connection will not be easily lost. While it may deal well with a slow connection, the video can be displayed in up to 720p when used with high speeds.

A feature of Duo is Knock Knock, which reveals the live video of the caller before the recipient picks up. Once answered, the recipient instantly joins the call.

Duo calls are all end-to-end encrypted. Both Allo and Duo are based on phone number, allowing a user to contact anyone in their phonebook. This works in the same manner as some other messenger applications, with WhatsApp being an obvious example.

The newly announced Google Home employs the Google Assistant in allowing voice commands to have control over the domestic environment. The device will let users turn on the lights, play music, set alarms and ask questions, all through the power of speech. It has been designed with adaptability in mind, various bases can be chosen with different materials and colours available, so that it suits the room it will be in. The voice activated product will be released in the latter part of 2016. 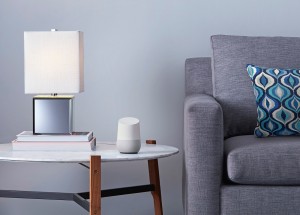 While it has yet to be named (though Google are open to suggestions at Android.com/N), various details have been shared about Android N. While earlier previews have introduced an implementation of the Vulcan API and a new JIT compiler, the latest preview reveals that Android N will utilise seamless updates, inspired by the manner in which Chromebooks apply updates. As a result, Android devices built on N will be capable of background downloads.

Alongside this announcement, various details regarding better battery life, storage and graphics performance were revealed. Notifications are streamlined and easier to access, and 72 new emojis have been added next to an updated catalogue of existing ones.

Perhaps the most desired features of apps in general are speed and ease of access. The introduction of Android Instant Apps allows for both. Rather than having to find, download and install an app before being able to use it, Instant Apps allows Android apps to run, you guessed it, instantly. The lengthy process is bypassed, and an app can open with the simply click of an URL, even if the app is not installed.

Developers will not need to create a new app in order to provide this service; all it will take is an update of the existing Android app. Though the time taken to prepare for this update may vary, it can take less than a day. Access for developers and users of Instant Apps will be partly available in the latter half of 2016. Such a radical change in the way that users access apps will undoubtedly provide a far greater audience for developers.

Following the rise of interest in virtual reality, Daydream is a new platform designed for mobile VR. Designs for a VR controller and headset are being shared with Android manufacturers, so it would seem that many upcoming phones will be VR ready. Google announced that apps such as Youtube, Street View and the Play Store will be available on Daydream, allowing for radically different perspective into what has become very familiar for most Android users. Further information will be revealed in Autumn of 2016.

After two years, Android Wear is having a significant update. The new device will feature improvements to key aspects such as watch faces, messaging and fitness. It will also include standalone apps that will not depend upon having a paired phone nearby or even switched on. A new user interface is also being introduced, allowing easier interaction with apps and notifications. Android Wear 2.0 will be available in the Autumn of 2016. 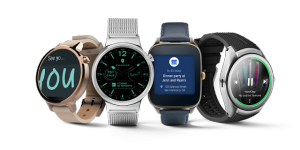 If any of these subjects strike a cord, don’t hesitate to get in touch.